Students from Mile 108 got more than they bargained for when they sent interview questions to Linda Bailey, author of the pirate tale Seven Dead Pirates.  Linda was joined by a…. ummm…. special guest in answering their thoughtful questions.

Ahoy, Lynn McArthur and her pirate crew!  I hear ye be a scurvy band of scoundrels, bold and brave and quick with a sword, afeared of nothing on land or sea, excepting maybe  . . . them things that goes so fast on the roads?
CARS! Aye! Stay away from them carrrrrs, mateys. That’s my advice. I says ye should xfpr z ttt

LB: Dear Mile 108 readers,
Oh gosh, I am SO sorry! That was Captain Crawley, taking over my computer again. I just kicked him out of this message. So now you can talk to me — Linda Bailey, the author. Whew! I am so glad to meet twelve Red Cedar readers from Mile 108 Elementary, and I am very happy to answer your questions. M108E: How did you come up with all the pirate names?

LB: Naming pirates is so much fun. (Try it! You’ll see.) But the truth is — I had help from my boyfriend. Just before I started writing Seven Dead Pirates, Maurice and I went on a long driving trip and spent hours sitting in the car. I told him I needed pirate names, and we started to brainstorm. He had some fantastic suggestions — including my favourites, Barnaby Bellows and Jack the Rat. If you look at the last paragraph of the last page of the book (in the acknowledgements), you will see where I thanked him.

M108E: What inspired you to write the book?  Where did you get your idea from?

LB: There were a lot of inspirations. When I was a kid, I was shy — not quite as shy as my character Lewis, but I almost never spoke up in class. So that’s part of it. Later when I was in my 20s, I traveled by ship across both the Atlantic and Pacific Oceans, and I came to love the sea. And that’s in the book too. Also, I have always wanted to write a ghost story. All these bits came together in Seven Dead Pirates. LB: Arggh! Who doesn’t love a good pirate story? But actually, I have often wondered myself about why that is true. Why are pirates so interesting in books and movies? I think it’s because they’re rebels. They break the rules. In our everyday lives, we have to obey dozens of rules every day, right? Brush your teeth, wait in line, stop at stop signs. This is good because it helps us to survive and have friends. But sometimes we get tired of rules — and that’s when we love to read about a rip-roaring pirate who never brushes his teeth, never waits in line and knocks over all the stop signs. A rebel story allows us to break the rules . . . in our imaginations. 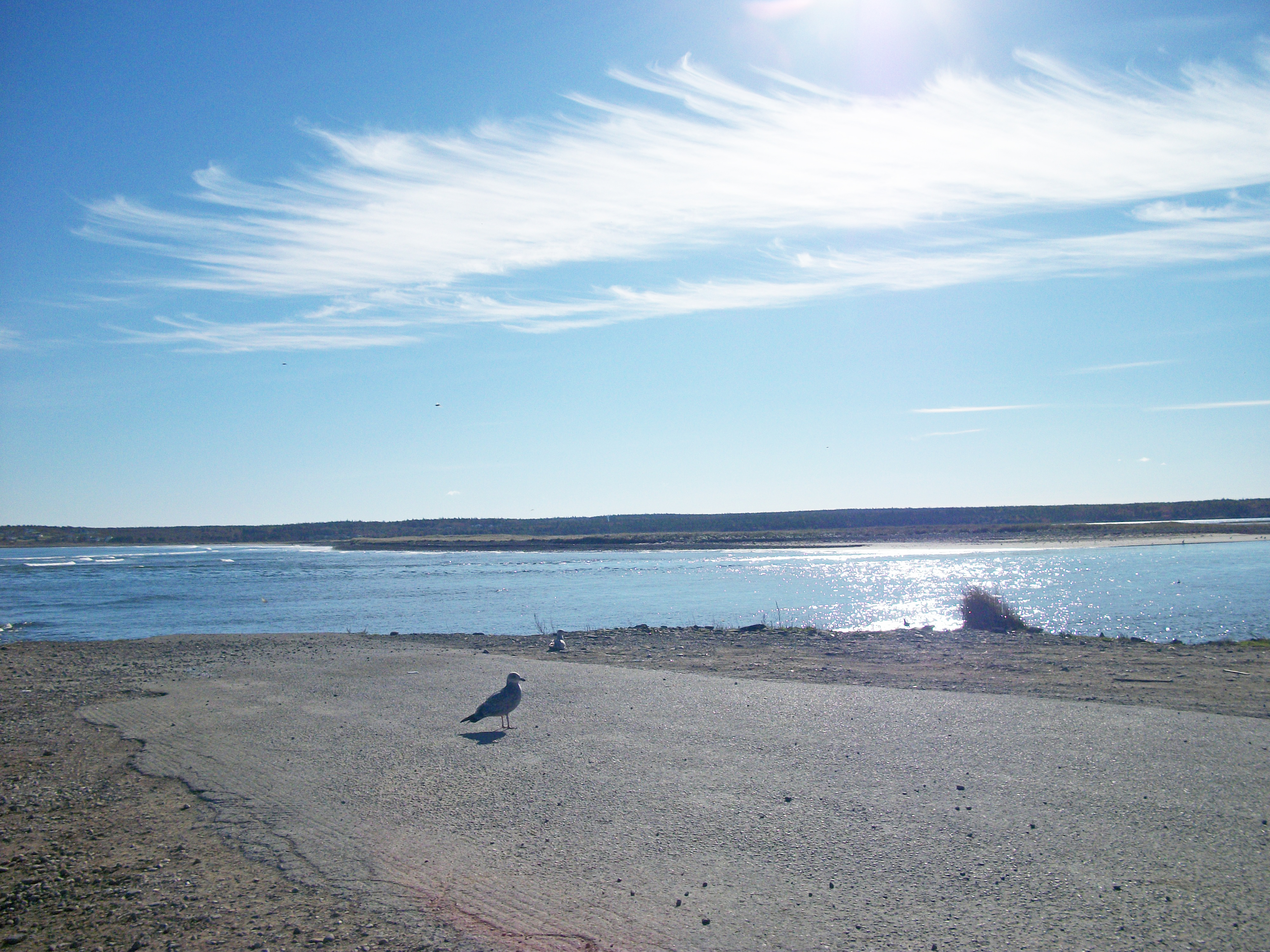 M108E: Was the setting based on a real place?

LB: Not really. The setting is a little town in Nova Scotia called Tandy Bay. I did travel in Nova Scotia, driving along the coast and stopping in small towns. And here in Vancouver where I live, there’s a museum with a huge ship inside that gave me the idea for the Tandy Bay Museum. But a real Tandy Bay? No, I made that up.

LB: My characters are never based on people I know. Except maybe . . . me? I feel that I have to get inside all my characters to write them. I have to feel what it’s like to be them. So Lewis was easy because I used to be a shy, sensitive kid. Abbie was more the girl-I-wanted-to-be (outgoing and sociable). But the most fun I had was writing Jack the Rat — I had to imagine how it would feel to be constantly out of control and in a sputtering, foaming rage. M108E: How long did it take you to write The Seven Dead Pirates?

LB: Years and years! About 18 years altogether from the time I started till the time it was published. I wrote it in dribs and drabs, off and on, while writing other shorter books — the Stanley-the-dog stories, The Farm Team, Goodnight Sweet Pig, If Kids Ruled the World, If You Happen to Have a Dinosaur and so on.

M108E: When did you start writing?

LB: Not till I was about 30. Before that, I was too busy reading. In fact, I liked reading so much, and admired writers so much, that I was afraid to try writing myself. What if my stories were terrible? I had to creep up on it. (And here’s a secret. My first stories were kind of terrible. But they got better. Writing is a skill that, like piano playing, gets better the more you practice.) M108E: When was your first book published and what was it called?

LB: My first book was How Come the Best Clues Are Always in the Garbage? It was a humorous mystery novel about a girl named Stevie Diamond, and it was the start of a seven-book series.

LB: That depends. I’m usually working on a number of different books in any year — some longer, some shorter. So in a year, I might finish one? Two? Even three? But they are different kinds of books.

M108E: Where do you do your best writing?

LB: On my couch. I have a big comfy couch with lots of interesting pillows. I LOVE my couch!

M108E: What do you do when you get writers block?

LB: I don’t get writer’s block. I think writer’s block is when you can’t think of any ideas. My solution to that is to always be watching for ideas and to collect them in a computer file as they come along. Also, if I ever get stuck in the middle of a story, I just start asking myself questions. My favourite questions are the ones that start with “What if . . .?” They usually get me going again

M108E: How many rough copies do you generally have to do before your book get published?

Thank you for writing, Mile 108 Pirates/Readers. It’s been fun talking to you! Happy reading!

Lewis Dearborn is a painfully shy eleven-year-old boy in sixth grade.  On his great grandfather’s birthday, Lewis is the only one to hear him whisper two mysterious words, “Libertalia. You!”

When his grandpa dies he moves with his overbearing parents into Shornoway, a ramshackle mansion by the sea.  Lewis is quick to notice  LIBERTALIA carved into his bedroom door in the Tower room and soon discovers the room has a surprising secret.  It is haunted by Captain James Crawley and his crew who died tragically almost two centuries ago.

The dead pirates want Lewis to help them get to the local maritime museum on the other side of town where their restored ship is.  Lewis starts reading Peter Pan to the ghostly pirates who really only want to hear the “Hook” parts.  He eventually comes up with a clever plan to reunite the pirates with their beloved ship, Maria Louisa.

Towards the end of this delightful and humorous ghost story Lewis is given a letter that reveals a very surprising long kept family secret.  Arrgggh!  I loves me a good story, I does!